This makes me itch just writing about it, but bed bugs are at an all time high and it's National Bed Bug Week (I had no idea there was such a week lol) find out where the STL ranks when it comes to the cities with the worst bed bug infestations.

As summer approaches, mass bed bug infestations become the norm for many. But according to research, cities Philadelphia, New York and Dallas Fort Worth will suffer the worst.

Bed bugs can be found in bedding and mattresses, as well as personal belongings such as jackets, purses and luggage, taking on the role of the microscopic hitchhiker.

The research, which was conducted by Terminix, also found that 22 percent of Americans have had a bed bug encounter, especially if they have children (35 percent).

Where do you think St. Louis ranked in the Top 50 Bed Bug Infested Cities? 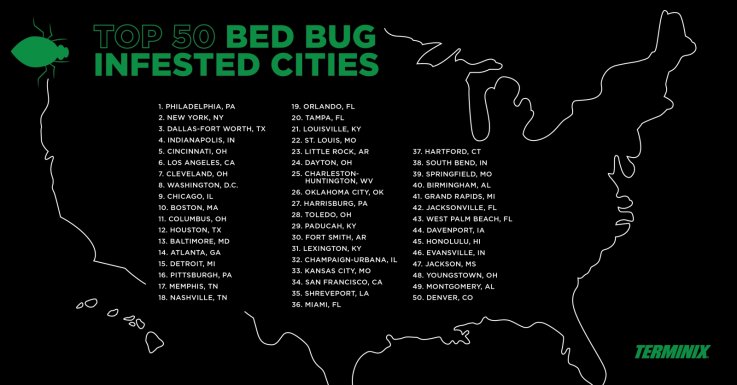